How to Create a Brand Name That Works

The best names share four traits, according to an excerpt from Kellogg on Branding in a Hyperconnected World.

In Romeo and Juliet, 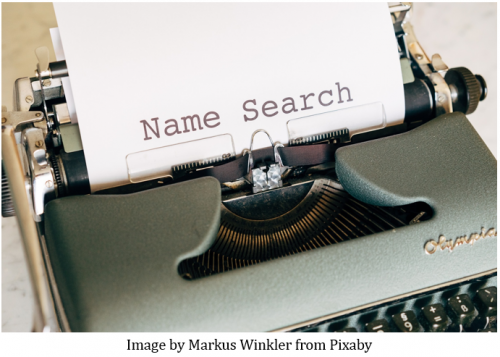 Shakespeare wrote: “What’s in a name? that which we call a rose / By any other name would smell as sweet.”

The Bard was one heck of a writer, but he was way off on this one. And apparently the big rose companies agree: the international rose grower David Austin, for example, owns over 60 active trademarks (including “Juliet”). And none of its branded roses have names such as “Sewer Gas” or “Donkey Vomit,” for obvious reasons. Do you think those handles would affect your perception of smell and your experience with the rose overall. Names Matter – Some Markers for a Great Name:

The name should tell a story that directly or at least indirectly ties to the product itself, its reason for being, and consumer needs/wants. A great example is Peloton, the new home exercise equipment company best known for its digitally connected stationary bike. In cycling parlance, a “peloton” is a group of cyclists at the front of the pack. This name is obviously relevant to cycling and leadership, but also speaks to the fact that via the online community, home cyclists are connected to each other—a “virtual pack.”

Another great example is the name for New England’s football team: the Patriots, which honors the region’s key role in the American Revolution. You may not like the team or Tom Brady, but it’s a great name. I shake my head when I see new sports franchises pick names that have nothing to do with their home cities. Exhibit A: Las Vegas’s recent selection of “Golden Knights” as the name for its new pro hockey team, pushed through by the owner because he was formerly in the U.S. Army and that was the name of its parachute team.

Huh?!? Wouldn’t a moniker such as “Aces” or “Blackjack” be more of a fit, and more engaging?

A few years ago, I was part of the team that created Angel’s Envy, a brown spirits brand that was eventually acquired by Bacardi for over $100 million. The name tells a compelling and useful story about the product: our master distiller figured out how to reduce the amount of distillate that would evaporate inside the barrel during aging, making the flavor more intense (the lost spirit is called the “angel’s share,” so we created heavenly envy, of course). The name highlights this innovation and enhanced experience in an interesting and memorable way.

“The bottom line is that names must engage.”

The importance of product and consumer relevance is why I frankly don’t care for names that are portmanteaus (new composites of existing words, or elements of words). What the heck is an “Accenture,” and what adds up to “Xfinity”? Again, these brands may work now, but only thanks to massive resources, a lot of time, and frankly, some luck. Of course, there are exceptions. Procter & Gamble’s “Swiffer” is an effective name, and it previously had no meaning at all. And one benefit of portmanteaus is that they can skirt trademark challenges, because by definition the composite word is unlikely to have previously existed.

“Form follows function, but both report to emotion,” said Willie Davidson, superstar designer and grandson of the founder of a certain motorcycle company. Emotion is the king of the jungle in marketing and innovation, and it certainly wins in naming. A great name is essentially a short ad for the product, evoking feeling and inspiring some kind of action (consciously or unconsciously). If the name is met with indifference, it is by my definition a lousy name. Even slightly polarizing names are better than those bereft of all feeling (the previously mentioned oatmeal brand “Mush” is a great example; most love the name, but some really hate it. Nobody is indifferent, however, and that means the company is onto something!). The bottom line is that names must engage.

One reason Angel’s Envy is so engaging is that the name is rife with creative tension. “Envy” is one of the seven deadly sins in Roman Catholic theology, and certainly not what you’d expect from a divine figure such as an angel. The feminine associations with “angel” also clash with the overwhelmingly male skew of a bourbon’s consumer base. All this prompts intrigue, discovery, and dialogue—simply from the marriage of two words.

Generally speaking, names should be as short as possible and roll off the tongue. Brevity is important not just because short names tend to be more memorable, but also because they make it easier for your design team, which has precious limited real estate to work with when creating packaging labels and other elements. Procter & Gamble has mastered the art of short, snappy names: Tide, Gain, Cheer, Scope, Bold, Crest, Joy, and so on. Again, there are exceptions to these unofficial rules. I think a name can be long, provided it is intentionally so and not because of sloppiness. I Can’t Believe It’s Not Butter is an example, as is the great old 1970s brand Gee, Your Hair Smells Terrific.

Regarding the important role of sound in branding, it’s best if your name is mellifluous (mellow or sweet sounding)—or at least not the antithesis. Avoid tongue twisters or names that might be confusing to pronounce. Try saying the name out loud a few times; if it sounds like you’re clearing your throat in the late stages of a cold, it’s time for plan B.

Names that are vaguely feminine are among my favorites, mainly because the abundant use of vowels just makes them nice to say and hear. Some of the great new names today hit this mark: Hello (oral care), Olly (vitamins), and Mio (water enhancers).

Identifying a brand name that is inherently marketable reminds me of Supreme Court justice Potter Stewart’s comment on recognizing pornography: that it was impossible to define, but you know it when you see it. However it is defined, marketability is an important consideration in today’s world of hyper-connectedness. Put simply, the idea has to be hardwired for multidimensional engagement from the beginning. Run a few internal tests for what we call “campaignability”: What is a potential tagline? What about a launch act? Or a social campaign? If you find that it feels unnatural to market your name idea, it’s probably not a very good name. In the Angel’s Envy example, we knew early on that playing off the juxtaposition between an angel and a cardinal sin would be a winner in the marketplace.

When I’m deep into a naming dive, my internal name finder is at a very high state of alert practically around the clock. Once I’m “on,” every word I see or hear might be repurposed into a winning name. It might be in print or in online media, on television, in conversation with a Lyft driver, on street signs, or on a bumper sticker. Or it might be on a menu at a restaurant, a lyric of a song on the radio, a paper flyer stapled to a telephone pole, the air safety manual on a 737—anything, anywhere. And if it’s interesting to me, I’ll write it down. Some collect stamps, or coins, or antiques: I collect words. I have heard lots of chatter about technology-based solutions to name creation, but I’m dubious that naming can be done well without a really intense and really analog, old-fashioned human touch.